Tuna.  And Corn.  Bisque.  Sounds weird, doesn’t it?  But it is absolutely delish 🙂
Jess, this one’s for you!

This was another popular soup du jour when we had the restaurant.  I’ve been making it for nearly 25 years, and have yet to not have a convert once they’ve tried it — except maybe that one chef we had that was allergic to tuna but licked the spoon anyway.  He was never meant to be converted to weird tuna soup.  He was supposed to stay far, far away from the weird tuna soup.  He wasn’t the brightest bulb in the box.

Alright, so with this one, there’s actually very little chopping, slicing, or dicing prep that you’re going to be responsible for.  You will want to get your can opener ready though.  And a grater or a zester.  The recipe I will be giving you is a smaller version, though for yesterday’s soup I doubled it as I knew I was feeding at least 5 peeps — then my daughter’s friends found out there was food so descended upon the house to eat too — so ended up feeding 7, with just a bit of leftover.  Well, 7 1/2 if you count the small bowl I’d taken to my son yesterday that his hostess talked him out of last night…  So when you see the pictures of the absolutely full stock pot, that’s why.  Recipe and directions for half of what you see in the pics — if followed as written, you will only have half a stock pot. 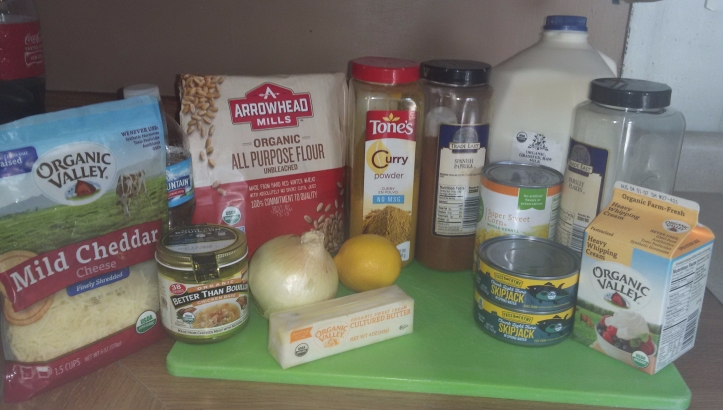 As always, quick instructions at the bottom.

Melt your butter in a stock pot over medium-low heat.  While that’s melting down, dice your onion.  Obviously I used the food processor again 😉  Add the onion to the butter, turn heat up to medium and cook the onions down until translucent.

While your onions are cooking, go ahead and zest your lemon to have it ready as that is the most time-consuming portion of your prep.  Set aside.

Add your flour to the butter/onion mix in your pot to make a roux.  Stir it in and continue stirring for 3 minutes, you can go over by a minute or two, but don’t go under 3 minutes.  Now set the spoon aside and grab a whisk.

Whisk the water in kind of slowly, getting all of the roux chunks broken up.  Whisk in your milk.  The last pic there is what should be staring back at you once that process is complete. 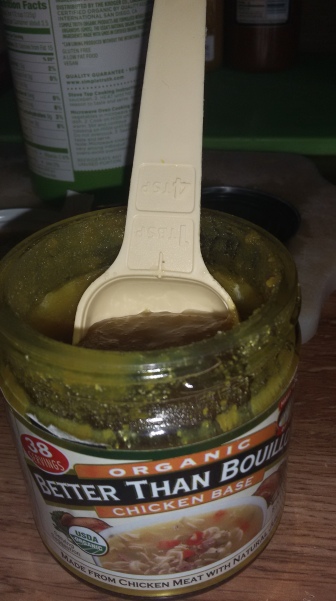 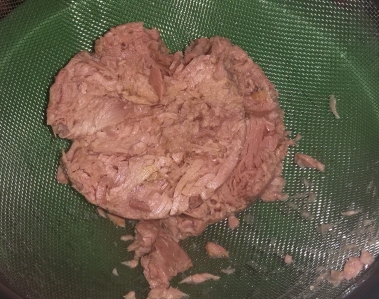 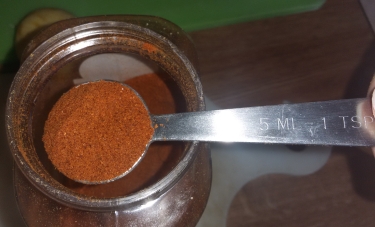 Add everything else to the pot EXCEPT the cheese and heavy cream.  Not photographed is the salt and pepper.  Add those too.
A note on the salty chicken glop — the base in this recipe is actually on purpose.  It gives it the flavor profile I want.  If you prefer to use chicken stock, substitute that for the water and add a bit more salt.  If substituting chicken broth, add more salt and a touch of garlic powder and onion powder.
As far as the parsley goes, as always, fresh is best.  I had no fresh on hand so I pulled out my handy-dandy container of dried parsley.  The recipe calls for 2 TBl of fresh.  If using dried any herb in place of fresh, always use only half the amount directed.

Photo taken directly after adding *everything*.  As you can see, it has not thickened yet, and everything is just kind of floating around unsuspended.  As the roux heats up, it will get its thickening on.  Just be patient, keep stirring (not constantly, just go back and give it a stir every few minutes to make sure nothing is burning to the bottom) and watch the magic happen as the soup comes to a boil.

And here we are after we’ve reached our boiling point.  As you can see, it is thicker and the parsley is no longer just hanging out on top, but has instead decided to become one with the soup.  This will not be a thick gravy-like consistency, just thickened enough to give it some body.  Which means… 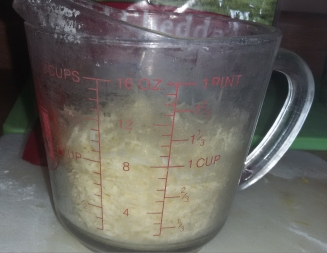 Time to add your cheese and heavy cream.  Bring these *JUST* back up to temp, but do not let it continue to boil.  Once you see a small bubble or two, you’re done.  Shut the heat off.

And serve.  Pictured with a slice of sourdough bread and garnished with a pinch of cheese.

To recap:
1)  This is not one of the more nutritionally sound soups that I make.  The closest thing to a vegetable in here is the onion.  I do try to use the best ingredients I can to make it a little more nutritionally dense:  cheese from pasture (grass-fed) cows, organic or grass-fed butter, and raw milk from grass-fed cows (all of these will be way higher in Omega 3s than their conventional counter-parts), organic corn (if you can your own veggies, super!  Just use a pint of your home-grown goodness in place of the can from the store, or if you freeze, 2 cups of your frozen corn), the tuna I buy is either what you see above or Polar brand which are both soy free and just packed with WATER, not “vegetable broth”.  Why they insist on putting soy in everything these days is beyond me.  I also only use chunk light, or more specifically, skip jack, tuna.  They are smaller fishes so lower in mercury than their larger counterparts like albacore.  Nor are they as decimated as the populations of albacore.  If you can find a chunk light/skip jack that is sustainably caught, even better.
But it is a tasty, filling soup (bisque — there’s roux ya know), that will provide you with way more nutrition than something sugar and msg filled from a store can.  Well, that, and I’ve never seen this type of soup in a can, so there’s that.
2)  Weird soups are tasty soups.
3)  Salty chicken glop can be used on purpose.
4)  We discovered that Jess will growl at you if she thinks HER soup is being threatened with an unauthorized tasting even by people she actually likes.  Do not get between Jess and her soup.

Melt butter over medium-low heat in a stock pot.  Dice onion (or food processor them if you’re lazy like me and don’t have time for that crap) and add to the melted butter.  Increase heat to medium and cook until translucent.  Zest your lemon at this time and set aside until it’s time to add everything.  Add flour to the butter/onion, making a roux, and cook for 3 minutes.  Whisk in water and milk, getting all chunks of roux to a smooth consistency.   Add everything else EXCEPT the cheese and heavy cream.  Continue cooking, stirring regularly to avoid bottom burnage, over medium heat until you’ve been at a simmering boil for a bit and have a nicely thickened, but not *thick*, soup.  Add the cheese and cream.  Bring back up to temp but do not boil.  When you see a small bubble or two forming on the top, you’re done.  Remove from heat and serve.